What started out as an idea at a business incubator has now evolved into a company with 40 employees that recently expanded to accommodate its growth. From Tupelo, Mississippi, Hyperion Technology Group provides state-of-the-art custom electronic systems for government and commercial clients in the U.S. and around the world. 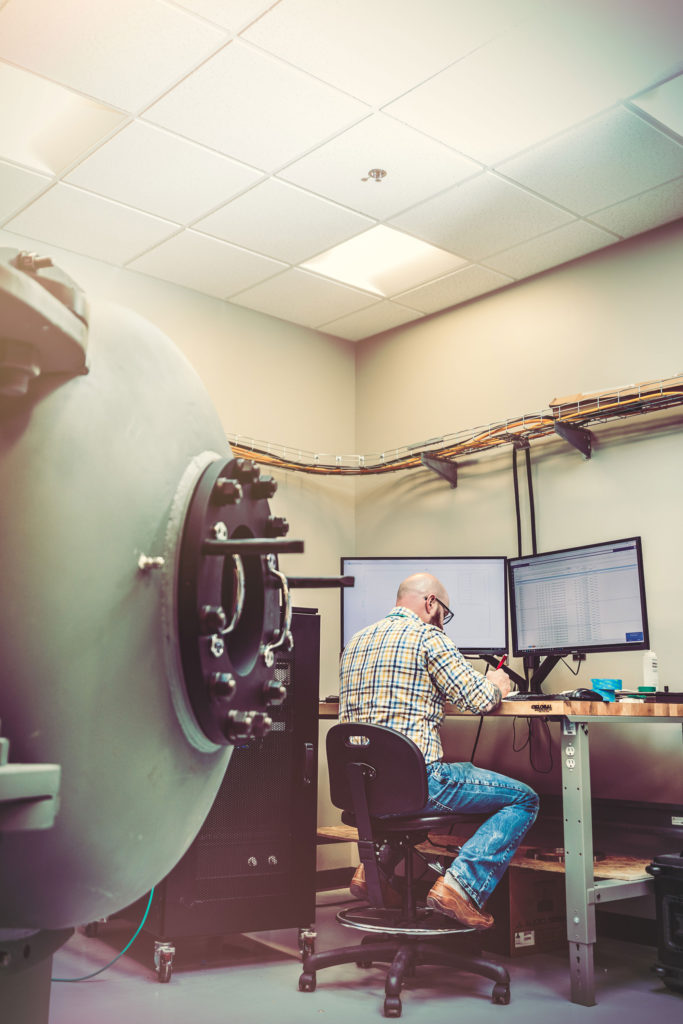 Hyperion provides custom electronic systems used across the world, made right in Mississippi

Hyperion Technology Group is a prime example of what it means to “dream big.” What started out as an idea in 2009 at the Renasant Center for IDEAs business incubator evolved into a successful startup in 2012. Hyperion recently invested $500,000 in the expansion of its operations and plans to add 25 additional employees to support its growth.

Headquartered in Tupelo, Mississippi, Hyperion provides custom electronic systems such as embedded, signal processing, and intelligent power and control systems. The company serves clients in the U.S. and around the world, in government and commercial sectors.

One of the functions of Hyperion’s products is signal processing, which is used for defense and intelligence missions, including Geospatial Intelligence and Measurement and Signatures Intelligence. Multi-modal sensing is the combination of acoustic, electro-optical and other sensory types to help reduce false alarms. Intelligence, Surveillance and Reconnaissance systems are used for the persistent sensing of geolocation, surveillance and threat detections, such as live weapons fire, munitions detonations and malicious small unmanned aerial vehicles ). Hyperion also manufactures products that use artificial intelligence) to advance signal processing.

Acting not only as an engineering service company, Hyperion is also involved in R&D and small-scale production. The company continuously upgrades and elevates its technologies to “overcome the once-impossible, because your mission demands it.”

“Over the past year [2018], we’ve had tremendous growth, not only with our military sales but our industrial and commercial sales. We’ve simply outgrown our facility and had to find a bigger facility,” said Hyperion President and CEO Geoffrey Carter.

“I often tell people that it is a privilege to work with some of the smartest and most technically creative people in the world, and that includes our employees, the researchers at our state universities and other companies we partner within the state,” said Carter.

“We are excited about Hyperion’s expansion and the continued growth of this local company. These high-paying, high-tech jobs will be a great boost for our local economy,” said Tupelo Mayor Jason Shelton.

Hyperion’s success further illustrates Mississippi’s supportive business climate for companies of all sizes. The state is able to provide resources so small companies with big ideas, like Hyperion, are able to thrive in Mississippi.

“We are proud to be a native Mississippi high-tech engineering research company. Since our beginning in 2009, we have received a tremendous amount of support from the governor, Mississippi Development Authority, the city of Tupelo and the Community Development Foundation, as well as our federal and state legislators, without which we would not be as successful as we are today, and we are very thankful for their ongoing support,” said Carter.

The opportunities in Mississippi are endless, and we have been fortunate to be in a position to attract many customers from the United States and around the world to demonstrate the many opportunities Mississippi has to offer.
President and CEO, Hyperion Technology Group
Geoffrey Carter
Contact
Contact Us Using The Form Below