Family-owned and operated, Biewer Lumber manufactures and distributes lumber and building materials for a variety of clients. Expected to grow to 300 employees soon, with more than $150 million invested, the company has developed a deep, long-term relationship with the state of Mississippi. 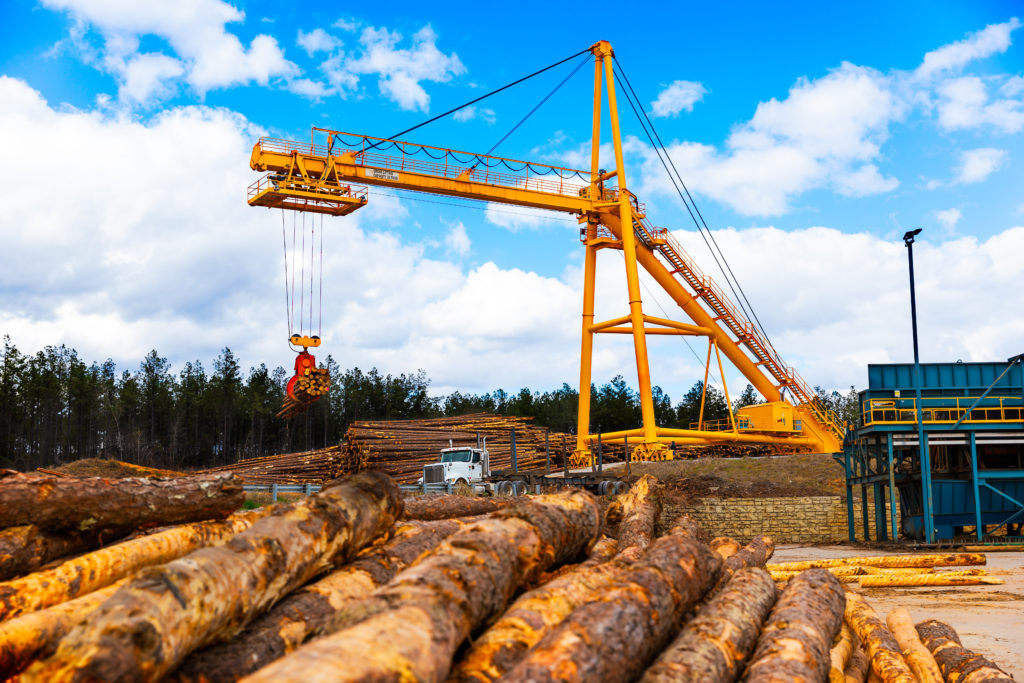 Low cost, a hard-working group of talent, roots in manufacturing and logistical cross-country access made Mississippi the perfect choice for Biewer Lumber.

Family-owned and operated company Biewer Lumber has announced plans for a second Mississippi mill to be located in Montgomery County. Tim Biewer, president and CEO, said that his grandfather and founder of the company, John A. Biewer, settled in St. Clair, Michigan and opened a fishing boat rental business.

“We got into the lumber business because a guy rented a fishing boat all summer and couldn’t pay for it. He told my grandfather, ‘Hey, for letting me use the boat all summer, I’ll trade you some logs.’ So my grandfather had the logs sawn and started selling lumber out of the back of the boat livery.”

Initially opening three lumber treatment facilities in the Midwest, the company built its first red pine mill in McBain, Michigan to supply its treatment facilities. Eventually, the company built another mill in Prentice, Wisconsin and purchased another mill in Pine Tech in Lake City, Michigan. The company now manufactures and distributes lumber and building materials for use by retail lumber yards, home centers, manufacturers, contractors, builders and do-it-yourselfers.

Biewer opened its first Mississippi mill in 2016 in Newton. This state-of-the-art facility created 125 new jobs for the county and included a significant capital investment. The mill is capable of producing an estimated 250 MMBF (million board feet) per year, with a focus on dimensional lumber and timbers.

Building upon its success in Newton, the company announced plans to expand the mill in 2019. The $40 million facility expansion increased the sawmill’s production by over 100 MMBF per year.

“In order to be competitive, you have to keep up with technology and demand. There is no better place than Newton, Mississippi to make this investment,” said Tim Biewer. “We are proud to be part of this great community.”

The updated facility includes an expanded wood yard, a third continuous kiln, a stacker, and a third strapper. A lumber stacker places lumber piece by piece in layers and strappers compress and wraps straps around a package of lumber. All of these new features are designed to support the addition of a second saw line. The expansion, along with increased capabilities and better efficiency, brought more than 30 new jobs. In total, the Newton mill now has 175 employees and produces 350 MMBF per year.

In 2021, Biewer Lumber announced it had purchased a plot of land to construct a second facility in Mississippi, modeled after the Newton mill. The new mill, located in Winona, will bring more than 150 new jobs to the area.

“This area is the best timber base we could find,” said Blake Biewer, son of Tim Biewer. “We were still deciding on whether to expand when the property became available [in Montgomery County], and we looked at the site.”

With a $130 million investment in the new mill, Biewer Lumber continues to showcase a strong and long-lasting relationship with the state of Mississippi.

“The growth of companies like Biewer Lumber sends a strong message that our state has a supportive business environment and a skilled workforce,” said Gov. Tate Reeves. “Biewer Lumber’s construction of a new sawmill in Winona is a testament to that fact.”

With two mills, over 300 employees and more than $170 million in total investments, Biewer Lumber continues to showcase Mississippi’s strength as a state that supports expanding and successful businesses.

“A development of this magnitude will not only generate a great deal of revenue and 150 new jobs, but it will highlight the county as a premier location for future developments, especially with its central location, three major transportation corridors and leadership committed to making Montgomery County an ideal locale to do business,” said Ron Wood, president of the Montgomery County Board of Supervisors.

My family’s passion for the lumber industry has prompted this expansion in the South. There is no better place to grow the business than the fiber-rich state of Mississippi.
President and CEO, Biewer Lumber
Tim Biewer
Contact
Contact Us Using The Form Below
We use cookies on our website to give you the most relevant experience by remembering your preferences and repeat visits. By clicking “Accept All”, you consent to the use of ALL the cookies. However, you may visit "Cookie Settings" to provide a controlled consent.
Cookie SettingsAccept All
Manage consent

This website uses cookies to improve your experience while you navigate through the website. Out of these, the cookies that are categorized as necessary are stored on your browser as they are essential for the working of basic functionalities of the website. We also use third-party cookies that help us analyze and understand how you use this website. These cookies will be stored in your browser only with your consent. You also have the option to opt-out of these cookies. But opting out of some of these cookies may affect your browsing experience.
Necessary Always Enabled
Necessary cookies are absolutely essential for the website to function properly. This category only includes cookies that ensures basic functionalities and security features of the website. These cookies do not store any personal information.
Non-necessary
Any cookies that may not be particularly necessary for the website to function and is used specifically to collect user personal data via analytics, ads, other embedded contents are termed as non-necessary cookies. It is mandatory to procure user consent prior to running these cookies on your website.
SAVE & ACCEPT