In November 2020, Amazon, the world’s leading e-commerce corporation, announced plans for its third fulfillment center in Mississippi. The facility, located in Canton, will be the company’s first in the state to feature its robotics technology. Expected to create over 1,000 jobs, this expansion demonstrates continued business growth and success in Mississippi thanks to the state’s prime location for distribution and its skilled workforce. Amazon also has a fulfillment center in Horn Lake and two in Marshall County. 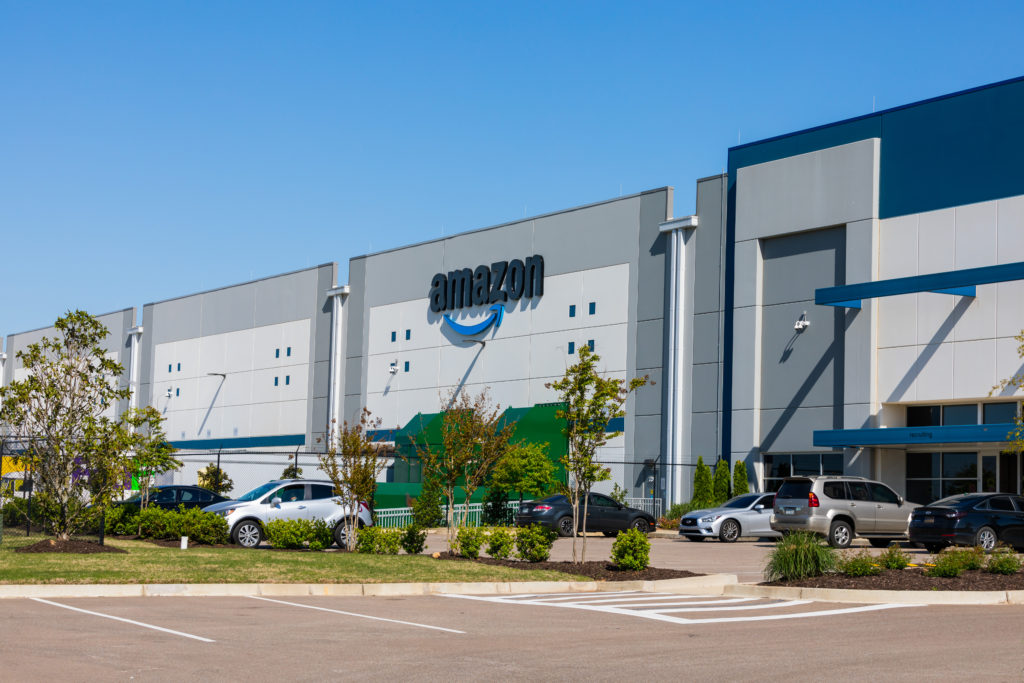 Amazon continues to exemplify its “Work Hard. Have Fun. Make History.” motto in the Magnolia State. The corporation is just one of many industry leaders taking advantage of Mississippi’s talented workforce and optimal location for distribution and warehousing needs. In the fall of 2020, Amazon made the announcement that it would begin the construction of its third fulfillment center and create 1,000 jobs in Canton, Mississippi, located in Madison County.

Amazon announced its first Mississippi fulfillment center in Marshall County in 2018. As a strategic move in the company’s ongoing efforts to grow its distribution network, the 554,000-square-foot facility would create 850 jobs upon its completion.

In 2019, Amazon announced the location of its second Mississippi fulfillment center to be located in Olive Branch, as well as the creation of 500 more jobs for the local workforce. Located in a 1million-square-foot facility in Olive Branch’s Legacy Park, the fulfillment center’s associates ship large items, including goods such as sports equipment, patio furniture and bicycles.

The Canton location, Amazon’s third installment in its expanding footprint in the state, is set to be completed by August of 2021. The 700,000-square-foot site will create 1,000 new full-time jobs. Additionally, the Canton site will be the first in the state to feature Amazon’s advanced robotics technology, which assists employees with selecting, packaging and shipping small items to customers.

“Madison County is elated that Amazon chose our community for its 700,000-square-foot robotics fulfillment center. The state of Mississippi and Madison County working together are the reason for today’s success,” said Madison County Supervisor Karl Banks.

“The fact that Amazon has chosen to invest in Mississippi again is a testament to the unmatched work ethic and dedication Mississippians exhibit each day,” said Gov. Tate Reeves. “We are well-positioned to be a leader in logistics, and I want to thank the leadership in Madison County and at Amazon for bringing more than 1,000 jobs to the area.”

Falling on the heels of the Canton announcement, in spring 2021, Amazon announced it would construct another facility in Marshall County, making it the company’s fourth in Mississippi. Amazon also is creating hundreds of jobs to support its second Marshall County fulfillment center.

Amazon’s fulfillment network supports millions of businesses of all sizes worldwide, including many Mississippi-based businesses. Within the state, there are more than 7,500 authors, small and medium-sized businesses and developers growing their companies who are able to reach new customers through Amazon’s products and services.

The corporation is guided by four main principles: customer obsession rather than competitor focus, nurturing a passion for invention, maintaining a commitment to operational excellence and long-term thinking. In addition to Amazon’s industry-leading minimum $15 per hour wage, the company offers full-time employees comprehensive benefits, including full medical, vision and dental insurance. as well as a 401(k) plan with a 50 percent match starting on the first day of employment.

In the past few years, Amazon has created thousands of jobs and made significant investments in the Magnolia State. Amazon’s multiple Mississippi locations have put the state on industry leaders’ radars due to its optimal location and convenient access to markets across the U. S. Mississippi is now recognized for its highly skilled and talented workforce, which supports companies and corporations in making history.

Mississippi is a great state for business and gives us the opportunity to better serve our customers in the region. We are excited for our future in the Magnolia State and for what this means for our customers as we continue to grow.
Vice President of Global Customer Fulfillment, Amazon
Alicia Boler Davis
Contact
Contact Us Using The Form Below